We asked Japan travel specialist Scott Gilman to share his view of Tokyo. Just what is it that makes this destination so appealing? 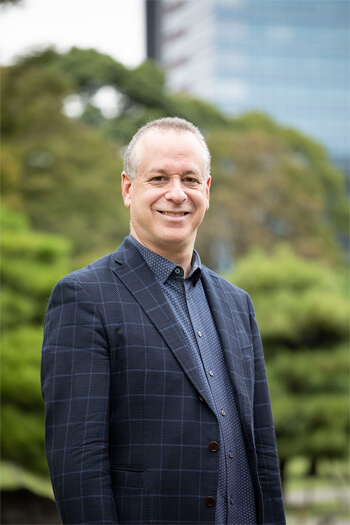 Cofounder and managing director of JapanQuest Journeys (JQJ), Gilman is a Japan buff and former Tokyo resident now living in Washington, D.C. His love of Japan led him to cofound JQJ seven years ago, and the company now assists as many as 1,000 Japan-bound travelers per year. A selectee of the 2018 Travel+Leisure A-list and the 2016–2018 Wendy Perrin WOW List, Gilman is recognized worldwide as a leading tour operator.

“One unique aspect of Tokyo is that you see modern features like high-tech buildings and transport networks existing side-by-side with age-old traditions,” Gilman says. Just a short walk from the famed Japanese garden of Hama-rikyu, for example, is the Shiodome area with its cluster of high-rise buildings. Walk a few minutes from Azabu-Juban, a village-like residential neighborhood, and you reach the towering Roppongi Hills complex. Perhaps the perfect example is the location of Meiji Jingu Shrine, one of the most sacred Shinto sites, right next to the hustle and bustle of Harajuku, the fashion mecca for Tokyo’s youth. As Gilman says often, “There’s no other city like it.”
“It’s worth coming to Tokyo just to enjoy such contrasts, but it is also one of the safest cities in the world,” he continues. “Visitors will be impressed by the politeness and kindness of the Japanese. Furthermore, they’ll be amazed at the high level of service offered at restaurants and hotels. After they return home they’ll never encounter anything like it. But in Japan, it is a daily given.”
Tokyo has more Michelin-starred restaurants than any other city in the world, and foodies love it. “Not only can you experience traditional Japanese washoku cuisine, which has been named to UNESCO’s Intangible Cultural Heritage list, but the French, Italian, and Chinese food in Tokyo often outshines what you’ll find in those countries themselves. I also recommend a visit to the Kappabashi kitchen goods wholesale district—it’s a mecca for chefs.” 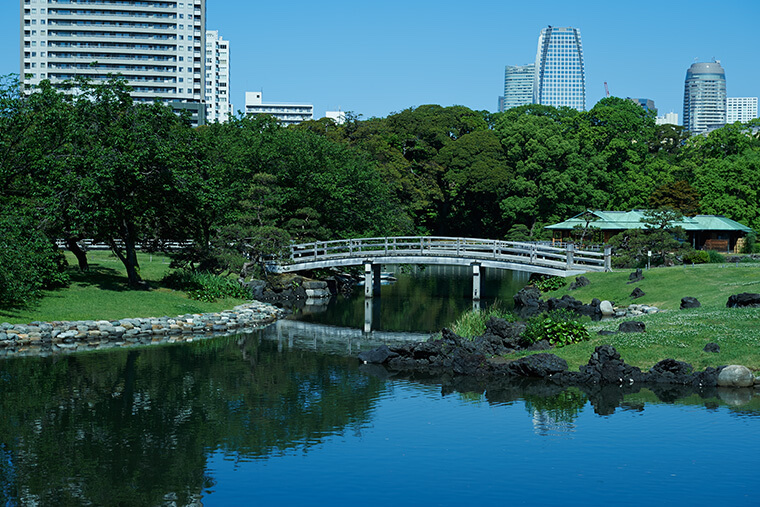 This public park sits on the former site of a Tokugawa family villa. It later became imperial property and is now administered by the Tokyo Metropolitan Government. After meandering its beautifully landscaped paths you can board a waterbus at the far end of the park and cruise the Sumida River to Asakusa.
HAMA-RIKYU GARDENS 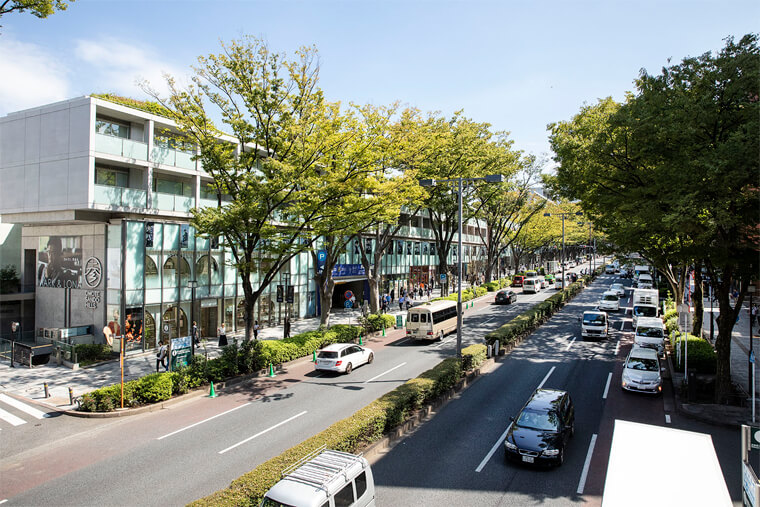 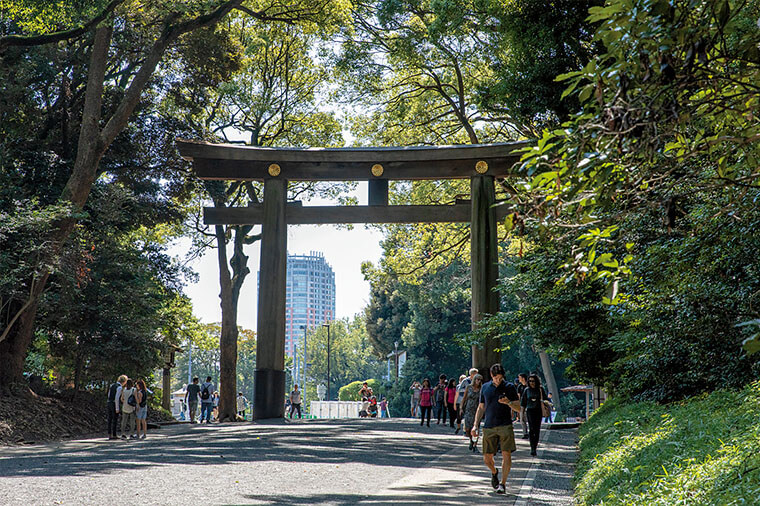 The Shinto sanctuary of Meiji Jingu Shrine rests in the center of a vast forested area right in the middle of Tokyo. Its main approach, Omotesando, is one of Tokyo’s most fashionable shopping areas. The contrast of two—quiet forest and dynamic boulevard—is a classic Tokyo experience.
Meiji Jingu Shrine 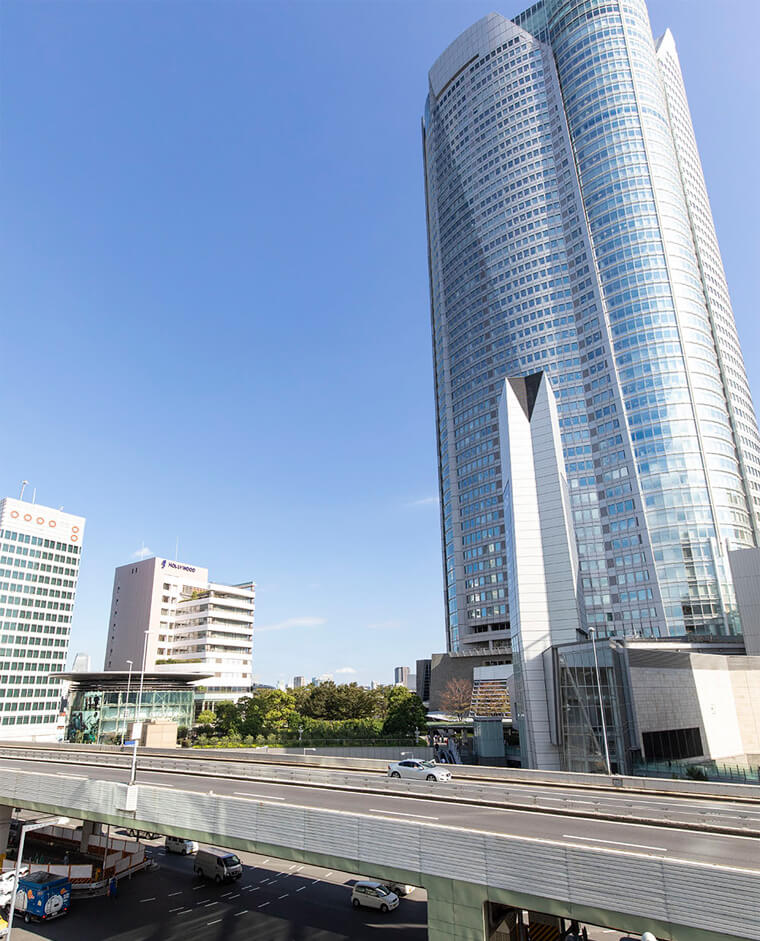 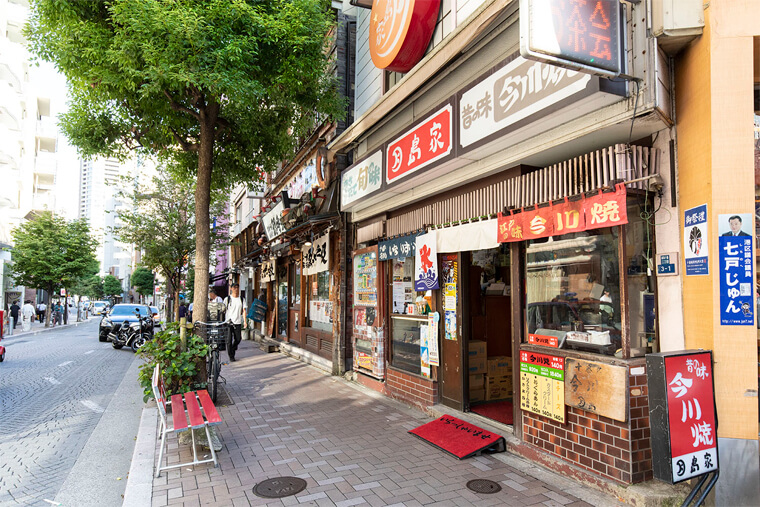 If the Roppongi Hills and Tokyo Midtown complexes are symbols of the new Tokyo, nearby Azabu-Juban represents the old city. Stores and restaurants line narrow shopping streets, and the mouthwatering aroma of charcoal-grilled yakitori floats in the air. Both facets of the city’s identity coexist in the area, yet another classic Tokyo juxtaposition.