Despite the city’s dense urban center, Tokyo’s many parks and temple gardens offer refuge from the concrete jungle throughout the year. 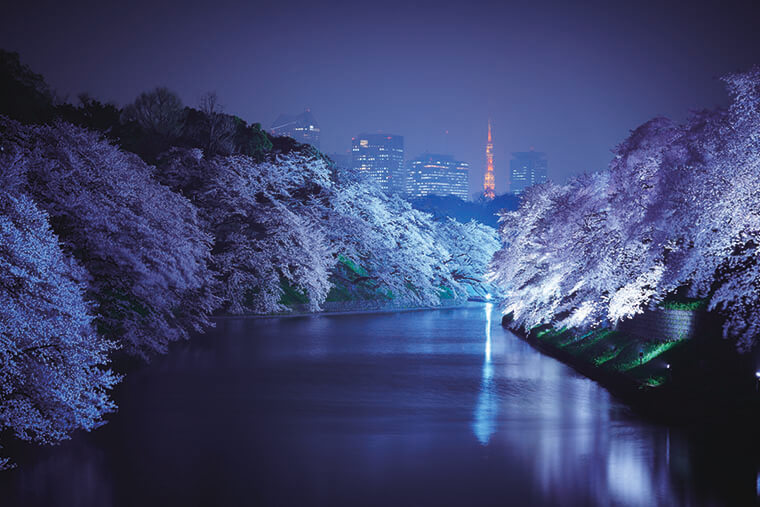 In late march and early April, the city turns pink as its thousands of cherry trees bloom. Locals head to their favorite park with friends and colleagues and eat and drink under great canopies of sakura flowers. Everyone has his or her own favorite hanami spot, with Ueno Park, the streets around Meguro River, and the Chidori-ga-fuchi moat of the Imperial Palace being three of the most famous. 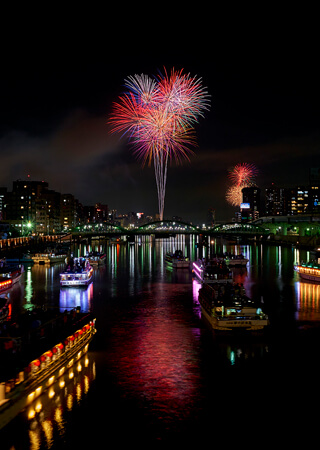 Attending a fireworks festival is a must for any summer visit to Tokyo. Among the many held throughout the metropolis, the annual Sumida River Fireworks Festival is one of the oldest and best known. Breathtaking displays of the world’s best fireworks are a spectacle you won’t soon forget. 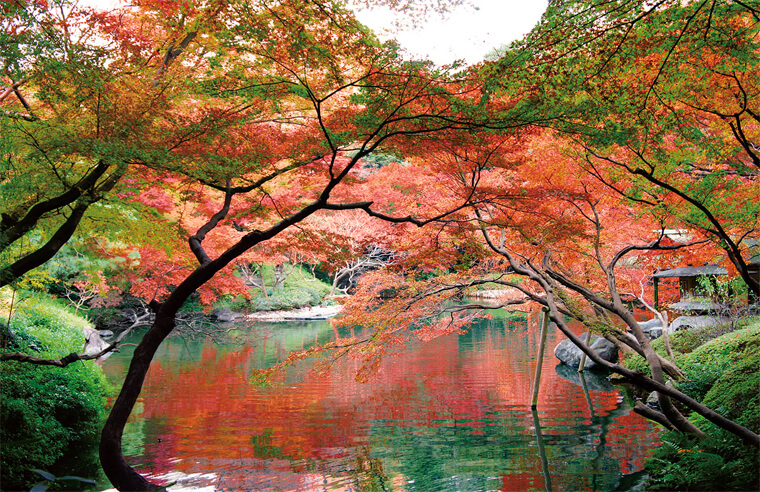 From October to early December, autumn leaves grace many parts of Tokyo. The celebrated garden of Happo-en in Shirokanedai, is just the place for an autumn stroll. Covering 3.3 hectares, the garden is beautifully landscaped around a pond with a teahouse at its edge. 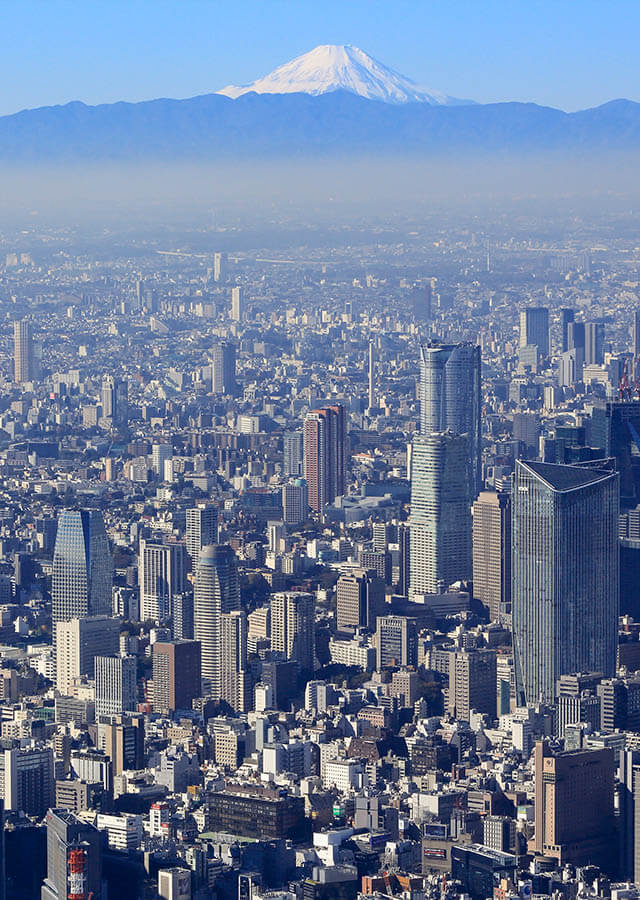 Notoriously shy, Mount Fuji is most frequently visible from Tokyo during the winter months from November to February, when colder temperatures yield atmospheric conditions with greater visibility. Even so, at any time of year early mornings are usually the best time to catch a view of this iconic mountain.