From centuries-old wooden temples to skyscrapers of steel and glass, Tokyo has it all.

Even those with a mild interest in architecture will love exploring Tokyo’s boulevards, backstreets, and parks—and taking in the views from nearly any high-rise. Signature works by such visionary and innovative architects as the two below are readily accessible, too.

Completed his Master’s degree at the University of Tokyo under Kenzo Tange and later made a name for himself as a central figure in the Metabolist Movement that was influential in the 1960s. 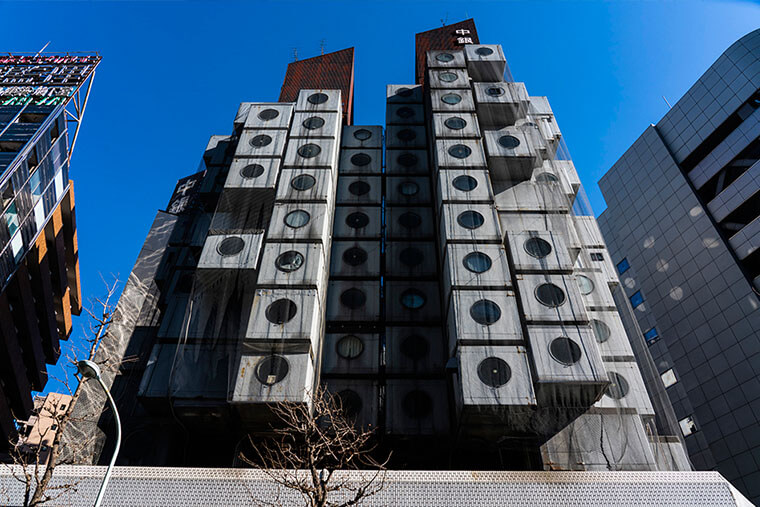 Kisho Kurokawa’s iconic Nakagin Capsule Tower in Shinbashi, completed in 1972, is one of the few remaining examples of the visionary Metabolism architecture of its time. All 140 of the 2.5 x 4-meter capsules were built and fitted off-site, then transported and attached to two connecting towers with only four high-tension bolts and two brackets per capsule. Each bachelor pad had a closet-sized bathroom ready to serve hardworking Tokyo salarymen. Amid rumors of demolition the building has fallen into disrepair, but dedicated fans host regular tours and even rent out a few of the capsules on a monthly basis. 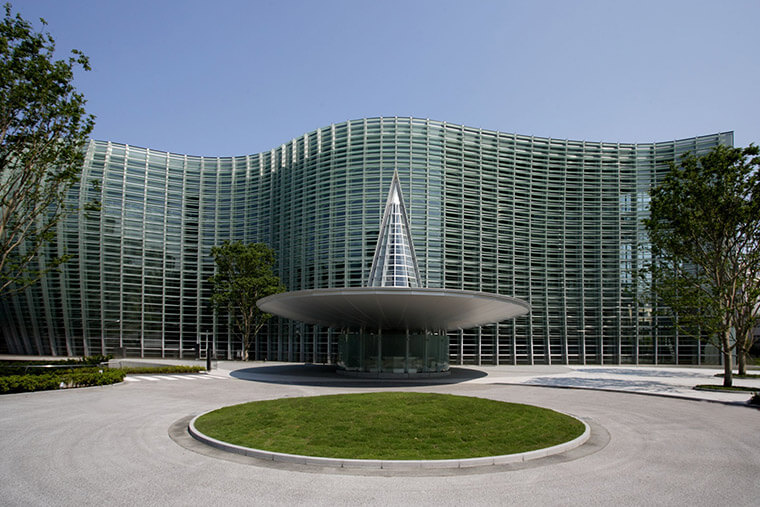 One of Kurokawa’s last works, completed in 2006 just two years before his death, is the stunning National Art Center, Tokyo in Roppongi. With 14,000 square meters of gallery space, the NACT is one of the largest in Japan and its special exhibitions always draw impressive crowds from near and far. Natural sunlight pours through the curved façade of glass and steel into the spacious lobby. On the third floor are an impressive art library and Brasserie Paul Bocuse, a popular restaurant set atop one of the two inverted concrete cones.

The self-taught Tadao Ando is perhaps Japan’s most well-known architect. His modern concrete buildings have garnered him national and international fame, including the prestigious Pritzker Architecture Prize in 1995. 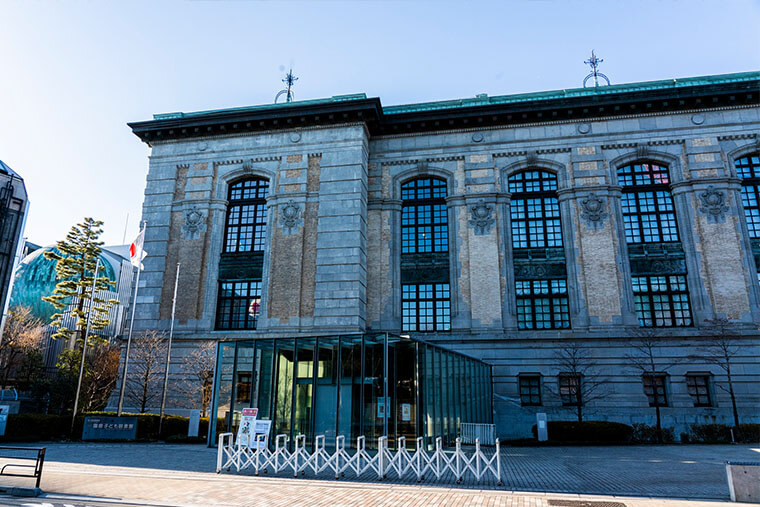 Tadao Ando has made a significant mark on Tokyo’s cityscape. His 2002 preservation and expansion of the International Library of Children’s Literature in Ueno has breathed new life into the original brick-clad building of 1906 and its 1929 extension, together a fine example of Renaissance European design. Ando added a glass box that cuts across the first floor, housing the main entrance and cafeteria, and a second glass volume on the third floor, linking function rooms with the concrete core of stairs and elevators. Also on-site is his new Arch Building, an annex for the Library’s approximately 600,000 volumes of children’s books and other items in Japanese and other languages. 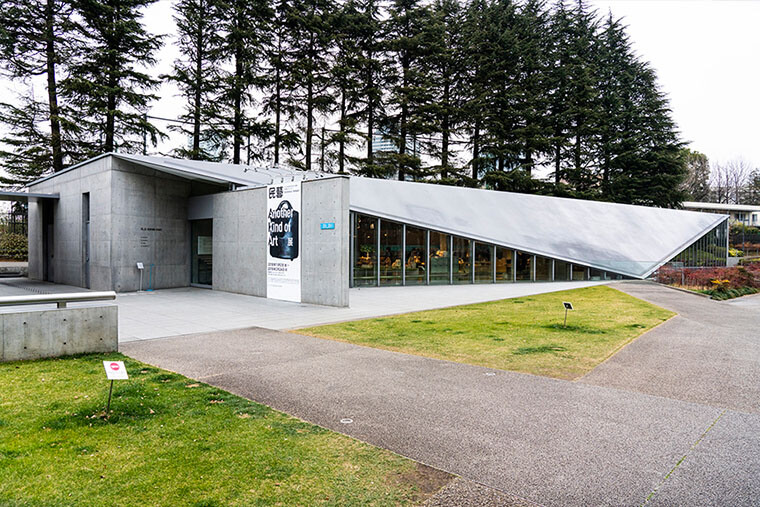 Another of Ando’s public-accessible buildings in the capital is 21_21 DESIGN SIGHT at Tokyo Midtown in Roppongi, featuring his trademark exposed concrete. Like the National Art Center, 21_21 DESIGN SIGHT does not hold any permanent collection, but engages instead with high-profile creators who directs a couple of exhibitions each year, all in some way or another related to design. Much of the space is underground—look for the two steel triangles that form its roof. Inside, the raw concrete walls create an almost cave-like atmosphere broken by a light-filled courtyard and three galleries that are the exhibition space.