Japan’s ancient world of Zen Buddhism-inspired vegetarian cuisine has been given a fresh modern upgrade by top Tokyo chef Daisuke Nomura. Accompany the culinary innovator on a shojin ryori journey - from morning vegetable market shop to an exclusive private tasting in his restaurant.

The eggplant resembles more still life painting than dinner. Perfectly round with velvet-smooth purple skin, treasure-like treats spill from its scooped out center - from green bell pepper to mugwort wheat gluten - all wrapped in a clear glaze-like sauce.

Just next to it sits a no less artful dish: an abstract square plate bearing aromatic tempura-cooked matsutake mushrooms, caramelized walnuts and a scattering of forest-like leafy fronds.

“Every vegetable is unique,” says Chef Daisuke Nomura, smiling serenely as he surveys his creations. “We are trying to show each vegetable’s special qualities, without any waste.” 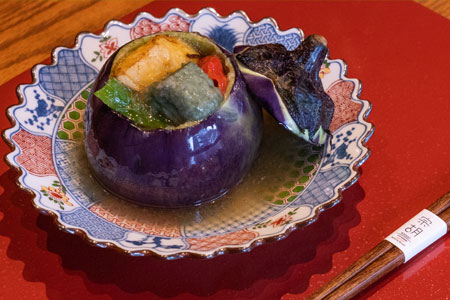 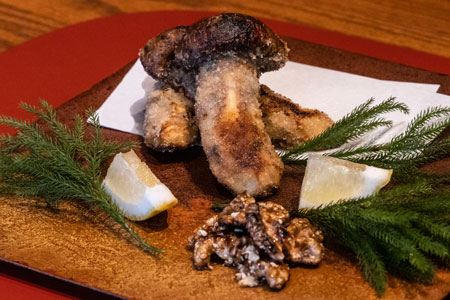 It’s all about vegetables at Shojin Sougo, Chef Nomura’s restaurant in Tokyo’s Roppongi district, which specializes in a centuries-old plant-based style of cooking known as shojin ryori - with a fresh, modern twist.

Dating back over 600 years, shojin ryori was developed by Japan’s 13th century Zen Buddhist monks. Pure in aesthetics and taste as well as origin, the meat-free cuisine is imbued with the mindful spirit of Buddhism alongside expressions of gratitude and minimal waste.

A signature so-called sixth flavor is tanmi - known as “the subtle flavor,” which ensures minimal seasoning. The ultimate no-waste cuisine, every part of the vegetable is typically used, out of respect for all living creatures (yes, vegetables included).

Chef Nomura is something of a rockstar in the shojin ryori world. Acclaimed internationally (he has shared his expertise at prestigious institutions across the globe, such as the Culinary Institute of America), the third generation chef balances the ancient art form with a modern playfulness.

While his family background is rooted in shojin ryori traditions, Chef Nomura is unafraid of innovation, often mixing unusual ingredients to contemporary effect (an example? His show-stopping miso-glazed banana).

Food-loving visitors to Tokyo can now enjoy an intimate deep dive into the world of shojin ryori. It all starts early in the morning, with a personal visit alongside Chef Nomura to the morning market at Tsukiji, central Tokyo. 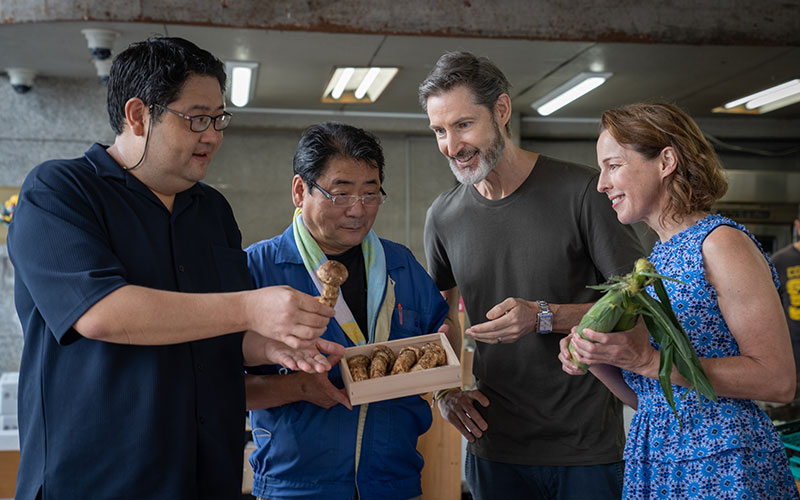 The market is something of a morning mecca for many of Tokyo’s professional chefs, due to the rich diversity and high quality of the fresh seasonal produce sold here daily, sourced directly from different regions across the country.

Here, Chef Nomura chats informally about all things shojin ryori, as he offers insight into the season’s vegetables, before buying his pick - on one recent occasion, unusually round eggplants known as kamonasu and earthy matsutake mushrooms.

The climax unfolds at his restaurant Shojin Sougo the next evening (after a day of preparation). Here, while talking visitors through the cuisine, from history to techniques, Chef Nomura presents the vegetables transformed into exquisite shojin ryori treats. 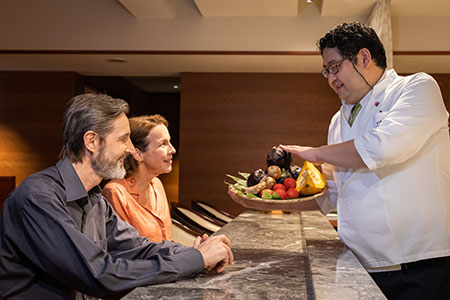 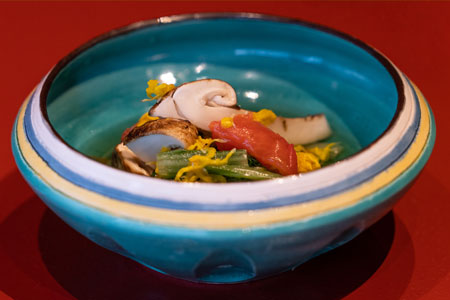 The experience taps into a growing global appetite for plant-based eating, according to Chef Nomura, whose mission is to convey to the world the timeless appeal of Japan’s ancient, sustainable - and unwaveringly tasty - vegetarian cuisine.

“Overseas vegans and vegetarians have a real interest in shojin ryori as it has such a long, rich history,” he says. “We have so many varieties in terms of cooking styles and dishes. It’s also zero waste which makes it very appealing.” 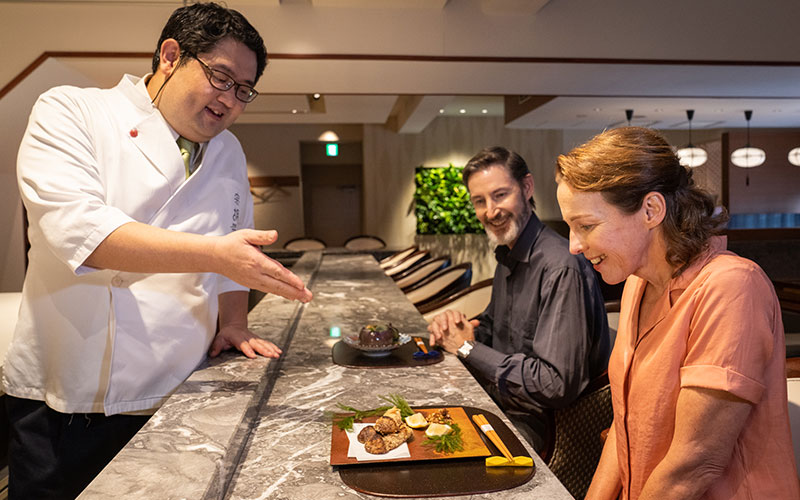 Opening hours of restaurants and businesses may be shortened due to COVID-19 measures. Please contact establishments to confirm before visiting.